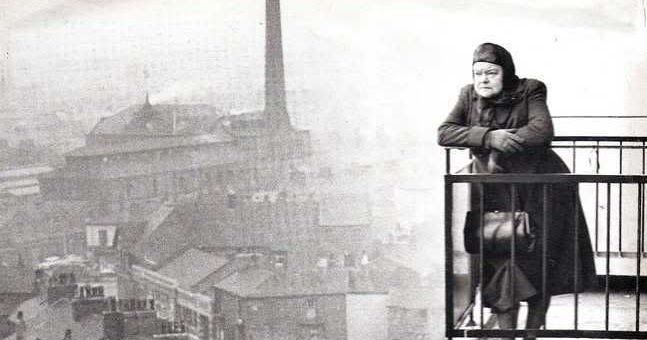 Apologies for the lack of 1979 activity. There’s has been a lot of Abridged-ness and a major archive called HUMAN which will be live soon that have been taking up our time. But we’ll be more active on this from now on. So our next Submission Call is Kassandra. Kassandra or Cassandra as well as being a very groovy Abba B-Side (the A-Side was the even more groovy The Day Before You Came) was as Susanna articulates in the Abridged Submission Call:

Kassandra is the victim of unsatisfied lust turned wrath. As the story goes, Apollo tries to buy her love by giving her the gift of foresight, of knowledge. When she refuses to give him what he wants, she is cursed with telling the truth and never being believed. In the end, she is raped and murdered. A tragedy that echoes.

Why Kassandra? Well because belief or perhaps more accurately self-delusion is currently running riot in the virtual and real world at the moment. Of course it’s now hard to say that there is a border between them anymore as we casually slip from one to the other. And dissatisfaction is the fuel that fires virtual reality. Every work or pub bore has now a platform. And there’s literally millions of them. But what good is a platform if there’s too many stories to be heard? Too many voices at one time? So anger and frustration finds anger and frustration finds anger and frustration and it breeds finding a cause and ultimately a victim. And a victim it can not only hurt but even more importantly change. A victim that can represent their fury, their impotence and ultimately (though they’d never admit it) their failure.

Abridged has always explored violence and the space between belief and truth or belief and reality. Right from the beginning. Look at the cover of our first ever issue. A photography by Robert O’Conner: https://www.abridged.one/abridged-0-1/ Yeah Jesus, we trust you, but not enough not to build a fence around us. We had fences and walls in many of our earlier issues. There seemed to be something in the air. Of course that something was the internet without whom that President wouldn’t be trying to build a wall now. If you don’t believe it, investigate Gamergate as a precursor to the rise of Trump: https://www.cnet.com/news/gamergate-donald-trump-american-nazis-how-video-game-culture-blew-everything-up/

In the end the story is old though. It’s mainly male frustration and aggression and the victims more often than not are woman. From mythological times onward – and these times are just as full of myth except without any explicit moral that used to accompany them – well the implicit moral is the same: know your place and do what we say. We chose Kassandra (and Persephone and Echo) because the story is old but never ends….Here’s the Kassandra Call:

Kassandra is the victim of unsatisfied lust turned wrath. As the story goes, Apollo tries to buy her love by giving her the gift of foresight, of knowledge. When she refuses to give him what he wants, she is cursed with telling the truth and never being believed. In the end, she is raped and murdered. A tragedy that echoes. Mythology is full of women whose speech is compromised. Philomel, raped, has her tongue cut out. Echo is powerless to speak with her own words, can only repeat, her body eventually expiring. But Kassandra is a reminder that one doesn’t need to be speechless to be abused and unheard. She is the unheeded prophet. With no reception, her knowledge is a dumb burden, an endless torture she carries in her body. Her knowledge, like Eve’s, is cursed.

We are tired and confused. Scrolling through the world, as we do now, we can see that it is too big, and we too small. So we cling to the life-rafts of bracketed belief and the familiarity of its litany. Words, amorphous and ambiguous, are contextualized by the bodies that utter them, and our interpretations generate between the two, coloured by our empathies and suspicions. Beliefs are tinged, the tinging is the belief. It has more to do with the speaker than the spoken, the relief of a frame on for our overstimulated senses.

How can the words of the individual make meaning amongst, and against, the crowd. Meanings belong to the many. It’s one word against another word. We’re post-truth so pick a team or suffer in silence. There’s safety in silence, perhaps for a little while before the whole world burns. Inside the noise are the wriggling repetitions of prophecies, and we become numb to them, lose confidence in our capacity to be sure, and soon it is too late to listen. Anger becomes the last infertile expression of anxiety.

When all notion of truth fails, wordless violence erupts out of the tension between what is and what we understand. To speak out you have to open your mouth, open yourself and choose vulnerability. The world is heating up and as everything melts and definitions are blurred it is easy to resent the ones who spoke up and said they knew, as much as the ones who didn’t. We are as afraid of knowing as we are of not knowing. Fear the tap-root of violence, the curse of Kassandra is the curse of being untrusted amongst the afraid, and isn’t it endemic.

In the shadow of #metoo and ‘fake news’, Abridged: Kassandra explores the tension between truth and belief and the violence of what it generates. Abridged is looking for poetry and art that explores belief, truth and the violence that exists in the gaps between them. You can send up to three poems, though please note this issue is A5 sized when considering length. Art should be A5 sized and 300dpi or above resolution. Send submissions to abridged@ymail.com. Deadline for submissions is 04th October 2019. Please put your name on your emails otherwise we may think it’s spam.