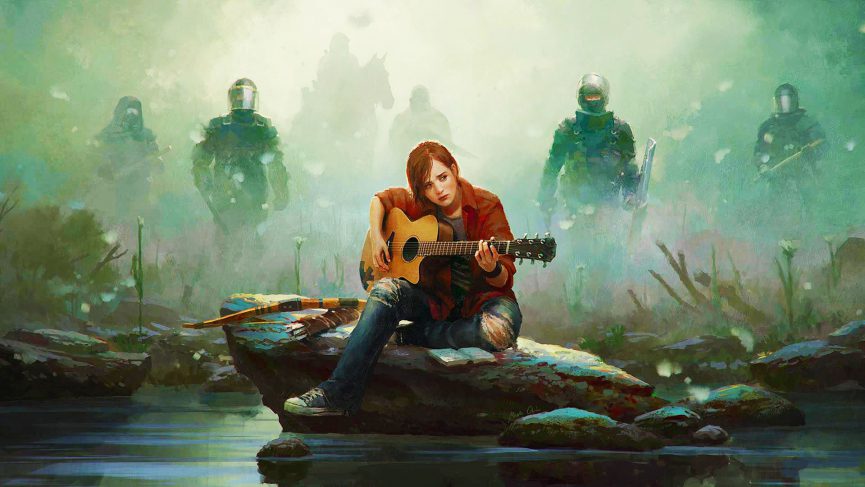 I’m pleased to hear that the Last of Us is getting a sequel or more accurately a continuation. It seems to me an appropriate opportunity to examine the considerable influence of the original game. For those not in the know, the Last of Us is a computer game released in 2013 for the Playstation by developers Naughty Dog set in a world which has been almost destroyed by an outbreak of a mutated strain of the Cordyceps virus which turns those infected viciously violent. Cordycepts actually exists in nature. It is a fungal parasite that attacks insects and arthropods with some variations of it altering the host’s behaviour. Ants in particular are susceptible and an infected ant will apparently, under the control of the virus, climb to the top of a plant, attach itself there and waits to die so that the fungus can grow and eventually release its spores into the air.

You’d probably imagine (and you’d be right) that apocalyptic computer games are ten-a-penny but the Last of Us is somewhat unusual. Instead of the usual post-apocalypse landscape playing up to the violent and sexual fantasies of adolescent males there is a story that is heavily influenced by Cormac McCarthy’s The Road. For an interesting article about this on the Pop Matters website see here: Finding Meaning in the Last of Us and The Road. The two main characters in the Last of Us are Joel, a single father who after the death of his daughter (shot by the military seeking to contain the initial viral outbreak) turns to smuggling to survive and Ellie, a teenager who has somehow survived being infected though bitten by an infected person. Unusually for computer games these characters are not depicted in a over-sexualised manner and though they do commit acts of sometimes extreme violence there are compelling rationales for their doing so. In one instance Ellie manages to kill a cannibalistic rapist pursuing her. Even this scene though it is upsetting and violent is treated with respect and is in no way exploitative or glamorous.

The game explores the father-daughter relationship of Ellie and Joel in an epic journey across the USA. A relationship that begins reluctantly and develops into something tender and lasting. One of the interesting aspects of the narrative is the suspicion of authority, both the military that control infection free zones and the ‘Fireflies’ the insurgent rebels that wish to bring about a better world. The latter we discover wish to use Ellie as a test subject to save mankind and without giving anything away the debate becomes about who or what you sacrifice for the bigger picture.

This is very relevant these days. In this ‘post-truth’ era (as if there’s been any other kind of era) people from both the Right and Left are willing to sacrifice or at least ignore/justify the sacrificing of people for the ‘bigger picture’ or the ‘greater good’. At one point in the story, in (appropriately enough) a wrecked library Ellie mutters to herself ‘Endure and Survive’ which sounds like (and might still be) an Abridged issue theme: A statement of courage and hope/hopelessness which somehow manages to be both a cry of defiance and a glum acceptance of the status quo. She then finds a joke book. ‘People are talking about the Apocalypse like there’s no tomorrow’. She adds: ‘Too soon?’ Puns (if you look hard enough) are a constant part of my practice also. There’s something very human and comforting about them as if the civilisation will never completely fall if someone can tell a dreadful joke.

Joel and Ellie’s journey takes us through the wrecked symbols of civilisation; a museum, a library, a school, a church, a university, a hospital, all populated by infected people, bandits or the military and rebels. It’s no coincidence that when times go bad ‘experts’ such as academics, teachers and scientists are no longer trusted so in a sense the locations of the Last of Us can be seen as a metaphor for what happens when things go extremely bad. That’s the great thing about creating worlds just a few steps aside from reality – it allows you to take a look over the edge of reason. I’ve been fortunate enough to have curated a few of these worlds in my time. The scary thing is of course when a few steps aside becomes a few centimetres then becomes…

This is just a short introduction and it is intended not as an advertisement for the new game (though if Naughty Dog want to give me free stuff…) but more another glimpse at the influences behind the Abridged and the exhibitions I curate.