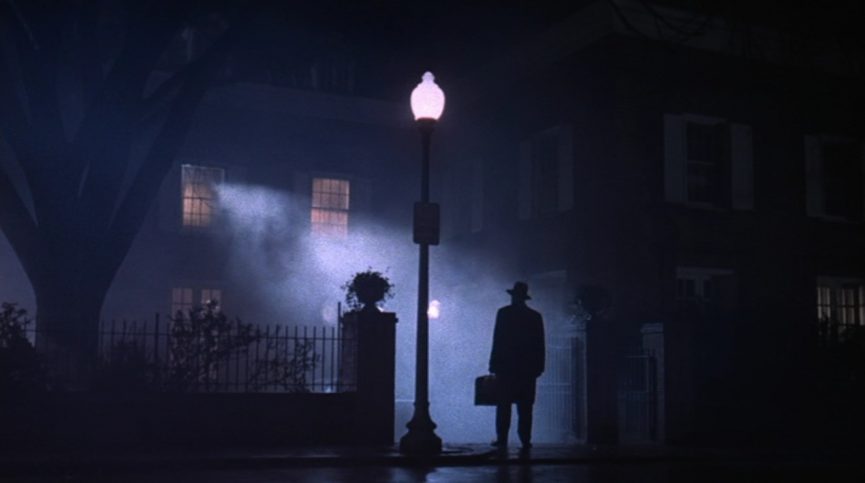 Today saw the passing of William Peter Blatty best known as the author of the Exorcist. It’s not an exaggeration to say that the book and the film came to define an era – The Exorcist was a product of the Cold War era. There have been a million horror films since, many much more graphic and violent but rarely have any been more effective in conveying the terror of an era. For all its later success on its original release ‘shops returned it by the bucket load ‘ and no-one turned up to book signings. It was mainly because of a guest appearance on the Dick Cavett show (everyone else they asked was unavailable and the other guests were drunk, boring or both) that the book began to sell. It also helped that it wasn’t a purely speculative novel. Blatty ensured that the Exorcist was grounded in the real (and scientific) world as well as exploring a grand narrative of Evil and how it operates in the world.  It no doubt helped that it was apparently based on an actual case of exorcism.

‘Evil’ permeated the American consciousness at this point in history; the Vietnam War was ongoing and the Cold War was as chilly as ever. The 60s dream had died at Altamont and manifest destiny didn’t seem so certain. If God didn’t believe in America who did? The film company certainly didn’t believe in the Exorcist and so only released it in 26 cinemas. But it struck a nerve and couldn’t be contained seeming to reflect a battle-scarred world fighting for its soul. Strangely enough that wasn’t Blatty’s intention. He considered the novel a work of redemption. But art has a life of its own and especially with the film’s success the Exorcist became symbolic of a troubled America. In Ireland the film wasn’t banned but was shown in an abridged version. The video release was originally banned in the UK and Ireland. I’m sure I’m not the only person that remembers when the video eventually came out the stories of how it mysteriously jumped of shelves in the middle of the night. There’s a (vaguely) connected story of Ouija Boards and British Army Intelligence that one day will be an Abridged project…but more on than anon.

This isn’t an obituary or an appreciation (though of course it’s a bit of both) as I prefer Legion (or Exorcist III) as both a book and a film – despite the added horror that was forced upon the film. Abridged has always in its own abstract way dealt with the major metaphysical issues of existence so The Exorcist in its portrayal of the battle for a soul was always going to be an influence. A poetry magazine being influenced by horror novel! That’s what made or makes us what we are I guess.

So the Exorcist is worth reading and if you haven’t seen the film it is of course worth watching as is Exorcist III (Legion). The others including the relatively recent ones to put it mildly aren’t. There’s a TV series which I haven’t seen yet so can’t comment on it. I do wonder what is the book or film that could define us now? Or even if it’s possible for one to do so. Maybe it’s 50 Shades…