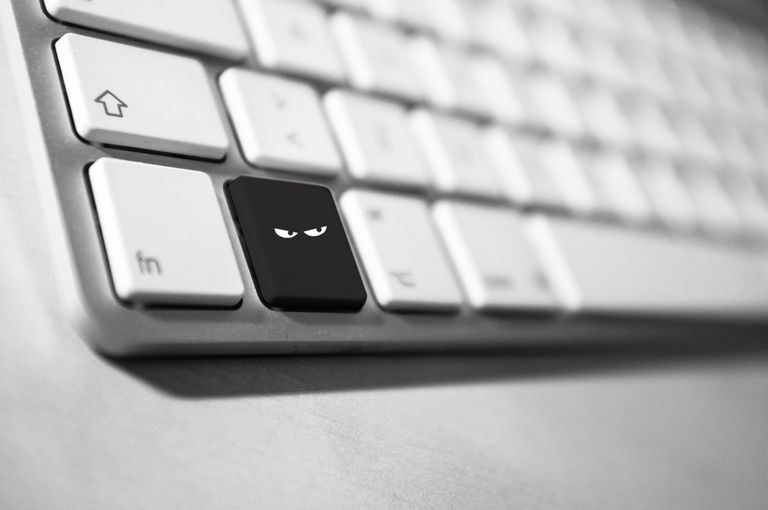 Internet Warriors is a very appropriate documentary in light of the Abridged Babel Submission Call. There is a sense of sadness and desperation about it. At the risk of sounding like one of those internet inspirational posts the people in the film seem very unhappy with their lives which maybe acts as a catalyst for others. On the other hand they could just be jerks. Of course the danger isn’t from lone keyboard warriors but from a demagogue willing to use their hatred for his or her own purposes. If people can be vicious on their own they are much worse when it comes to group-think.  Abridged has always had an interest in ‘trolling’. Even at the beginning of the magazine one of the first emails we received was one telling us what a terrible negative name we had chosen for it. A recent (Mercury Red) call-out saw us labelled as psychos that publish magazines for psychos. The interesting thing was that people could get so angry as to write to us over a quite mild magazine title (even if the magazine isn’t mild at all) or at a poetry submission call. It used to be the angry person could only corner you at the bar or the like and we all know music or film or literature snobs that don’t consider us real fans if we don’t know the shoe size of their idol. Some people will even get mad that I am about to mention Joss Whedon. It’s 20 years since the birth of his iconic show Buffy the Vampire Slayer. For those who don’t know it was a television series that grew out of a relatively unsuccessful movie of the same title. The lead character was Buffy, the latest in the line of Vampire Slayers. The show had a decidedly feminist slant with Joss Whedon making the ‘blonde, beautiful but not the brightest’ girl cliche from a million dodgy horror films who usually was the first to get killed into the hero. The influence of the series was enormous even (and it wasn’t Whedon’s fault) if the kick-ass strong female lead kind of became a shallow attempt at feminism in other shows. Buffy as a character was human and very fallible especially as the series entered later stages.

In Season Six we meet the Trio, something very different from the vampires and monsters of earlier seasons but more more terrifying and as a prophesy of what the internet was to become scarily accurate. Many Buffy characters had to varying degrees been Geeks. Willow with her maths and Xander with his comic books and movies. Both unpopular (at least in the beginning) with Cordelia and her beautiful in-crowd. Even Spike, the uber-cool vampire had originally been just a really bad poet. The series always explored the consequences of rejection and unpopularity. Usually there was a kind of redemption where the shallowness of society and people were over-come. Many shows would have left it at that. But the great thing about Whedon was that he knew it doesn’t always end well for those that feel rejected by society. The Trio were Warren, Andrew and Jonathan. They are accurately described as initially:

Warren is the unspoken boss, a robotic engineering genius appearing in the previous season who built the perfect cyborg girlfriend only to abandon her upon getting a real girlfriend. Jonathan is a former classmate of the Scoobies and specializes in magic. Andrew is the runt of the litter, a master of demon-summoning and completely forgettable — no one remembers him from high school except as “Tucker’s brother.” (Thought Catalogue)

We see them first as comic relief but soon their stupid plots to annoy Buffy turn much darker. Warren makes a device to turn women into slaves who will obey any order and acquiesce to anything including rape. Their first victim, Katrina, Warren’s former girlfriend puts it bluntly:

“You bunch of little boys, playing at being men,” she tells Warren, Andrew, and Jonathan. “Well, this is not some fantasy, it’s not a game, you freaks! It’s rape!” (Season Six)

Jonathan at heart isn’t as twisted as Warren and Andrew is in fact gay but it’s their acquiescence to Warren and the violence that stems from it that sees them condemned. Warren kills Katrina and attempts to frame Buffy for it. Despite their pretensions to epic villain-hood Whedon brings them back to an insipid but nonetheless deadly reality and in the end we see Warren threatening to kill Buffy not with some mysterious magical object or deadly science but with the comparative blandness of a gun – something that has nevertheless killed millions. Warren hates Buffy because she is more powerful than him and because she’s an unattainable women. He does open fire but instead of Buffy kills Tara, Willow’s (Buffy’s friend) girlfriend. What Whedon meant by this is forcefully articulated by M.J. Pack:

And Buffy, the strongest woman in the world, the Chosen One, the goddamn Slayer — she goes down. She almost dies. She would have, without the help of a grief-and-magic fueled Willow. Buffy was almost taken out by a nerd with a toxic personality and a gun.

In my opinion, it’s what makes Warren so scary. I can go to sleep at night knowing that Glory [villian from Season Five] isn’t going to end the world, Angelus [sometimes evil side of Angel, a former boyfriend of Buffy] isn’t going to drain my blood, Adam’s [Season Four’s Big Bad] not going to assemble an army of monsters. But the sad truth is that there are Warrens everywhere, and they’re not going away any time soon. (Thought Catalogue)

This leads to a chain of events which will see the Trio act as conduits for an even bigger misogynist, the First Evil in Season Seven. Even though he is flayed alive by a vengeful Willow in Season Six he reappears as an aspect of the First Evil and persuades Andrew to sacrifice Jonathan to open a portal though even then he fails as Jonathan ‘doesn’t have enough blood’. Only Andrew is eventually redeemed.

The important thing about the Trio was that Whedon was very prescient about the developing misogyny of the ‘Geek’ community. We can see this particularly in the Gamergate controversy which occurred over a decade later but has its roots in the sexism of the computer/television/movie/comic world. Gamergate bizarrely (or perhaps not) started when a 24 year old American,  Eron Gjoni posted a blog complaining about the behaviour of his ex-girlfriend, Zoe Quinn, an independent games developer. He accused her in what became known as the Zoe Post (without presenting any evidence) of trading sexual favours for positive reviews. As the Guardian then puts it (and it is interesting in light of the rise of Trump):

Soon, an army of internet dwellers had seized on this opportunity to police a woman’s sexual behaviour under the guise of promoting “ethics in games journalism”. What was most astonishing about Gamergate was how quickly it grew. Like a hurricane, it ripped new grievances out of the ground and rolled them up with long-established hatreds and arguments. Its supporters call their enemies “social justice warriors” and worry that they will usher in a new age where the latest Call of Duty won’t let you shoot nameless baddies – but instead ask you to talk about your feelings.

Over the course of the autumn, Gamergaters seemed angry about many things: the increasing number of women playing and featuring in video games; the sometimes overly cosy friendships between games developers and the journalists who covered their work; and the meaninglessness of “gamer” as an identity in an age where your grandma can play a £2.99 puzzler on her iPhone. (The Guardian)

There was a dislike of liberals and feminists and a dream to return to the golden age of computers games where men were men and where women were designed by men. Or were quiet or not there at all. Gamergate became a part of a bigger battle waged against political correctness by the extreme as well as mainstream Right in the US. Anita Sarkeesian sums it up:

As my friend and colleague Dan Golding tweeted, “How depressing, infuriating, and otherworldly it is to realise that video games were the canary in the coal mine for the politics of 2016.” Our experiences navigating cyber-mobs have familiarised us with this particular breed of hate. It’s a deeply entrenched, vitriolic, organised hate. I used to refer to GamerGate as a large-scale temper tantrum, because if the death and rape threats hadn’t been so terrifying, their behaviour would be analogous to that of a 2-year-old child not getting the toy he wanted. Trump similarly appealed to deep-seated notions of entitlement and privilege — mixing in fear-mongering, racism, and misogyny through the scapegoating of marginalised people — meanwhile offering no solutions for the real problems facing so many Americans — problems like unemployment, low wages, a lack of health care, restrictions on basic reproductive rights, and police militarisation and brutality, among many others. (Anita Sarkeesian)

The Abridged as stated earlier has always explored anger, hatred and frustration from early issues such as Romance and Assassination, Nostalgia is a Loaded Gun to our recent Dante trilogy (Torquemada, The Never Never, Take Me Home). The latest issues have been influenced by the online environment particularly Mercury Red and our latest call-out Babel takes this exploration even further. There is a cyber war going on and not just between the former cold-war super-powers and other nations. There is also a battle to figure out just what genuine and what is fake. It’s not new. People have been lying forever. Sometimes it is even darkly humorous. There is the classic stories of the Ouija Board scare in Northern Ireland in the 1980s in which they were thought to open doorways to evil. Turns out it was all an invention of the British military to keep kids away from abandoned places. It is just the amount of lies that is the concern and the fact that millions of discontented people will believe and spread them. Viral is an appropriate word indeed. Now there is a torrent of ‘fake news’ and enough people to believe it to change society and in particular attack women. That’s why we should be scared of trolls.