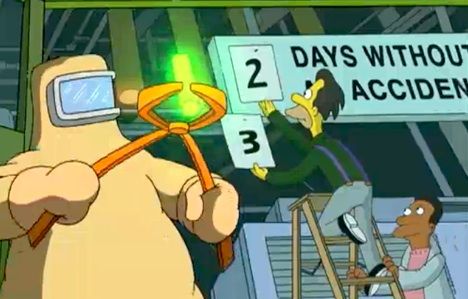 I do have enormous admiration for anyone that publishes or edits a small literary or art magazine. Ok it’s not working down a coal mine but it can be pretty wearisome even if it is a passion. Especially in these troublesome times. The only upshot of all the latest world storms that Abridged feels as relevant as ever. It used to be that I thought that the Abridged world though based on reality was a couple of steps away from it – maybe existing in some string-theory type of alternate universe or dimension. Evidently we’re becoming closer and closer to reality which is great in terms of the ever increasing choice of themes we choose but of course pretty disturbing generally. That I can imagine the Abridged world occurring in the ‘real’ world probably is what ever the opposite of evolution is. Devolution? Northern Irish political in-joke there. Our politicians aren’t that interested in evolution in reality or metaphor.

We’re brought up steeped in religion and myth so it kind of seems natural to have a Babel issue though and maybe I’m just getting old and come from a particular generation that it does surprise me a bit that younger people aren’t always immediately familiar with the tale. Though to be fair there are so many stories these days that even the classics struggle to be heard. Which is why the Abridged is open submission. It’s fair to say that I don’t know maybe 98 per cent of the poets and artists that appear in Abridged. I’ve never met them and most likely never will. Yes, there are people who appear in it more regularly than others. That’s generally because they have a handle of the Abridged ‘world’. Mostly it took them a few tries to be in the magazine. One person mentioned that it took him nine years! But most of these I have never met either.  As we always point out just because you aren’t in an issue doesn’t mean that you won’t be in the next.

Just in terms of applications one thing I will say and maybe other editors will agree with me is that when you apply it’s better (and politer) to put a Dear (whoever) and even one line and your name. Most people of course do this but we do get quite a few both with Abridged (and the HU) from people who just send a poem with no identification other than the email address. Even though we treat all submissions the same if there’s a decision to be made what to include in the issue it might make a difference. It’s not that we’re desperate to get addressed. You will notice that apart from a bit at the end of the bios Susanna’s or my name rarely appears in issues. It just makes it easier in admin terms.

Our submission call themes are deliberately quite abstract and wide but it is still worth reading our previous ones and having a look at previous issues. Your brilliant poem about how beautiful the world is might still get in if it’s absolutely brilliant but more than likely it won’t fit the aesthetic of the issue or the Abridged as a whole. That’s probably one of the differences with us and other magazines. We do challenge people in the call-out and people have been magnificent in their response even when the call-out is quite esoteric. Our Mercury Red issue received a really great submission response even though it was based on a mythical explosive. Same with art submissions. Have a look at previous issues and you’ll see though there is a really broad spectrum of work there aren’t for example that many beautiful sunsets. Which is not to say there won’t ever be but there will have to be a very good reason for one to be there.

At any rate since there are two issues in quite quick succession I thought it would be handy to just do a bit of housekeeping so to speak.