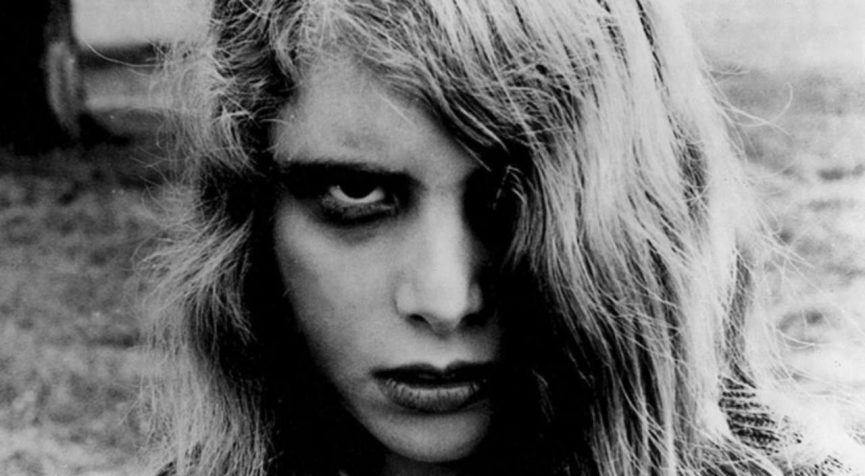 “… All I did was I took them out of ‘exotica’ and I made them the neighbors … I thought there’s nothing scarier than the neighbors!”

You might think that zombies have very little to do with a poetry magazine. And you’d usually be right. But not in the case of the Abridged. We use the ‘darkness’ as a metaphor much in the same way Romero did with the living dead. The ‘dead’ rising is scary. Vampires aren’t scary generally. A cross, a wooden stake, holy water, even light can kill them. Hell if I was a vamp I’d never leave the crypt. But the dead rising is something else. It strikes at our ultimate primal fear, beyond even the fear of death, our fear of what comes after death, of what comes next. And if we can suddenly see what comes next and it’s appalling then there is no hope and society inevitably collapses. If all that comes next is a primal animal state then we see our future, more than tha,t we know our future. And our future is literally going to eat us. As you’re probably aware Abridged makes use of the apocalyptic sublime to explore contemporary society. We exaggerate to make a point. Though it has to be said that what was exaggeration is fast becoming normative.

In Night of the Living Dead there is some mysterious consequence of a satellite returning from Venus that may or may not be the cause of the dead rising. It was a perfect metaphor for the fear that bubbled below the surface (and occasionally appeared spectacularly above) of American society at the end of the 1960s. A fear of the ‘other’ not only in cold-war terms of invading Soviets but also the race divisions that were becoming apparent at the time. Duane Jones, a very rare African-American lead in US films at the time reinforced the connection, and was aware of it even perhaps before Romero:

‘… We never thought of it being a racial piece at all, never. We were talking much more about how people remain stuck on their own agendas even though there’s something extraordinary going on outside. There’s still fighting about mundane, stupid things. But because the character was played by an African-American, you almost don’t notice anything else. We didn’t realize that, Duane did. Duane was aware of it and he was concerned about it. There was a scene where he has to slug the white [character] Barbra… and he said, “You know what’s going to happen to me when I walk outside the theater if I slug this woman?” … He was concerned about all of that.’ (http://www.npr.org/2014/07/20/332644099/the-secret-behind-romeros-scary-zombies-i-made-them-the-neighbors )

In Dawn of the Dead we have the infamous scenes in which the zombies are drawn to the shopping mall by some collective memory, as they spent so much of their time there in life. The shopping mall becomes some giant totem which draws the zombies to it in a kind of ultimate consumerist nightmare. There’s no escape from shopping, even for the dead. Of course as the zombies consume every living thing it can be considered as the ultimate and perhaps even logical end to our consumerist society:

‘The living dead are, in fact, the ultimate consumers since they literally do nothing but tear down and consume everything they find. All at once, the zombies stand in as both victims of violence, perpetrators of violence, unthinking, ravenous consumers and as victims of both their own insatiable, reflexive desires, and symbols of inevitable decay and death.’ (https://hubpages.com/entertainment/Understanding-Zombies-as-Metaphors-in-George-A-Romeros-Dead-Trilogy)

This is prime Abridged territory of course. We even went a little more direct than usual and had a Primal issue: http://abridgedonline.com/abridged-0-29-primal/ that explored how we are essentially still in our caves lighting fires to keep the darkness at bay. As Susanna Galbraith in the Primal Editorial put it:

What first was humanity, in its primal condition, still smouldering with instinct and fear? We shift about in mind-forged manacles, the cold and viscous layer of the urban which closes us in with crusting edges. We are numbed and enveloped in the thick residue of industry and development. Lines of buildings, artificial languages and artificial lives, leave us unfeeling in unchallenged survival and a lost human heritage.

And we, low to the ground and overwhelmed in the sensurround, were marked with earth and the stench of other bodies. We were flooding inside, unlived and burning. All of our skin, naked to the air and to the movements of gravel under our pulsing palms and the balls of our feet; a charged weather encloses bare flesh, flailing bodies lit by a deep sun.  We are locked and tangled in cyclical smoke movements around the flames and we are howling.

We seem to have even gone beyond consumerism now. It doesn’t as it never could keep us warm. So now our fires are motivational messaging on social media as if we post them shot gun style we can blow the darkness away. And when that inevitably fails an old but in our mind a brand new darkness will hang heavy on us, a new day of the dead arrive.