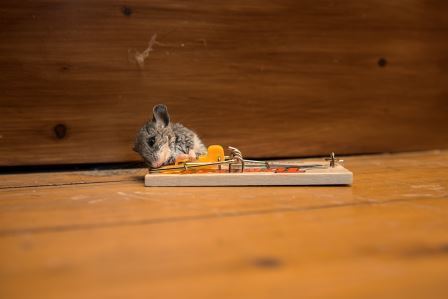 So we’re in the midst of designing the Abridged Wormwood issue. It never gets less terrifying. I think if it didn’t it would be a sign that it was time to stop. I don’t just mean the terror of making print deadlines etc though that is of course always a terror that doesn’t lurk but sits there on the sofa with the remote control and a superior grin. I mean being an editor or a curator is about making decisions. Of course they aren’t the decisions that a doctor or a pilot makes but still they have to be thought about and agonised over. Particularly in the case of Abridged where not just the word on the page matters but how the page looks that is vital also. We get scared that we have been too extreme or not extreme enough. Just as an exhibition and the artwork in that exhibition are not the same thing, a magazine and its contents are also different. It sounds obvious or even a little bit patronizing to state that but it’s not always appreciated. The latter generally influences the former but the Abridged has a tendency to give additional contexts to its contents in how the page is designed, what artwork/poem is opposite and even what is on the front cover. That’s what makes it different from the majority of literary publications. It’s something we think about a lot. In fact it was in our sub-conscious at the very start of the Abridged experiment (and experiment it was) in that we created a logo that stated ‘terms and conditions applied’. This was a deliberate slight on the creative ‘freedom’ that is traditionally espoused but of course relies on particular structures to exist. It was also self-mocking in that those very structure constrict or assist us also.

So yeah, We still get scared editing the Abridged. We get scared at how what we put into the public sphere is received of course. Some things come out of left-field that can’t be legislated for. To take a brief rare Honest Ulsterman (which we also edit) detour here. We’ve just put online the new HU October issue at www.humag.co and it seems to have had a great reception for which I’m humbled and pleased. We have very good writers and interviewers. However I got an email from the Polish Anti-Defamation League complaining about the use of a term in a story. Now I’m not going to go into if there was anything wrong with the term used by the author (I don’t think there was) but would rather discuss something slightly more Abridged. The Anti-Defamation League use web-crawlers to search out phrases and content that they think is offensive. A web crawler is an automated ‘robot’ that trawls though websites collecting and analysing information. There is as far as I can tell little or no consideration of context of the ‘offence’ that occurs and it automatically in this instance triggers an email. Now whilst I think that hate-speech etc should of course be eliminated everywhere the crawling of websites and condemnation/instant judgement seems particular sinister given the shade of the present Polish government. It does show that there is always someone watching. Weirdly (or maybe not) the Abridged is banned in one of the Gulf States or at least we’re on a banned reading list. Which admittedly we thought was kind of cool. We still have quite a bit of that Punk spirit.

At any rate Wormwood is one of our more visceral issues. It’s hard to have it any other way with such a title. If we’ve ever done an issue for the fainthearted this isn’t it. If it were a record it might be something by The Birthday Party or Swans. Which would be a comparison I wouldn’t be upset with. More news of it very soon.  Image by Phil Underdown from House Mice series.