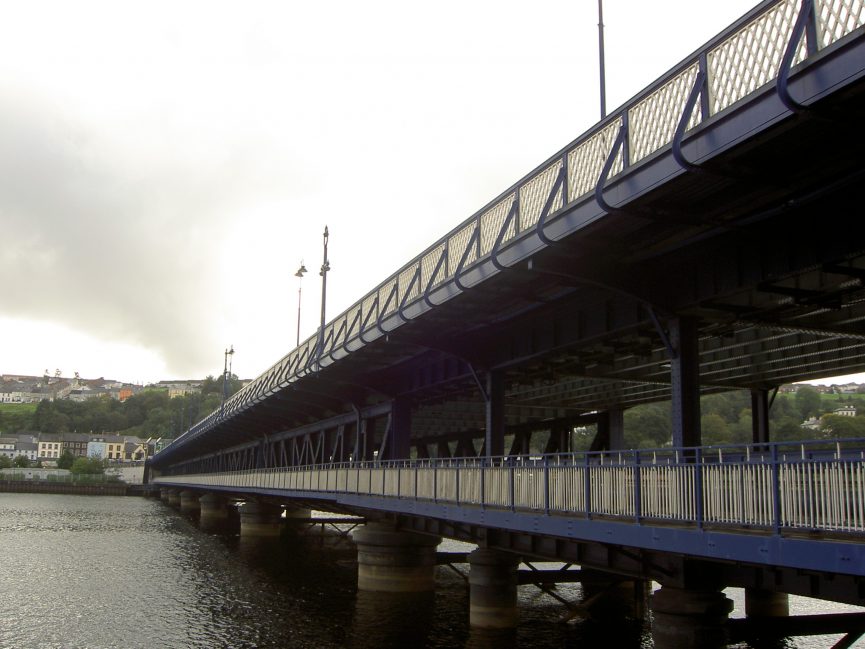 We’ve been planning a couple of new exhibitions both North and South of the border, We’ll have news about their whys and wherefores when the time comes.  Abridged is a poetry magazine. Abridged is also an art magazine. Abridged is also a curated space. I was an editor (just) before I was a curator so I guess the exhibitions are a reflection of the magazine. A kind of expansion into the 3rd dimension (and occasionally a few more also).  When I started it still wasn’t that common (apart from the star names) for something to be ‘curated by…’. And if you worked somewhere it was an exhibition curated by X gallery rather than someone in X gallery. It’s very different now of course with curation being a discipline in itself outside the museum field. But I still rarely put my name in big letter if I can get away with it. I remember a couple of decades ago talking to quite wealthy looking (maybe they weren’t but they were very well dressed) students from one of the early courses in the Royal College of Art. I described the conditions of working in a small contemporary gallery at the time (bloody cold and perpetually short of funds) and they seemed not put off by this at all and wanted to get their ‘hands dirty’. I remember saying I would rather have the money to pay someone else to get their hands dirty. To be fair it was a different career path. Not that I ever thought of it as a career or a path. I started in the arts as a way to get the dole of my back. There was a course that lasted a few months in the Playhouse Derry and I thought that’ll do. Eventually I found myself in the Context Gallery in whatever the equivalent of the recently finished ACE scheme was. The much missed ACE scheme was probably responsible for half of Northern Ireland making a start in something vaguely artistic. We did a lot for a few quid extra added to the dole. People probably (and quite rightly) wouldn’t put up with it now. It was actually exciting being in a gallery though. The ‘wow’ feeling when an exhibition is ready to go is still the same one I get today when I do a show wherever or a new Abridged or HU is launched. We learned on the job and painted a lot of Walls. I still occasionally will paint a gallery wall or two. I have never felt particular comfortable in the art or literature world. I come from a pebble dash and tarmac council estate. Maybe that’s why the Abridged straddles the literary and the visual belonging to both but at the same time outside both to a degree.

The Abridged is forged in tarmac and pebble-dash though. As is my curation even if it is bringing Mars landscapes to Derry or Nigerian witch-doctors and their hyenas to Belfast. It is a social curation not in the new instrumentalist sense of the world but in the wanting to share a particular vision with as many people as possible even if not everybody can identify with that aesthetic. Hence the Abridged and all of the exhibitions I curate are free. I like to think that it’s the same kind of energy that bands like Joy Division were able to create from the streets of Manchester, Liverpool and Leeds. Sometimes fun, sometimes bloody terrifying. It felt like a weird negative social capital was and is being shaped into something new. In terms of editing and curating I take a similar view to  Alfred Stieglitz who basically treated each exhibition like an artwork in itself. I take the same view with Abridged. Stieglitz and Edward Steichen had opened the ‘Little Galleries of the Photo-Secession’ more commonly called 291 on Fifth Avenue in New York, 291, being its address. By 1908 they was showing Rodin’s drawings and in 1909 Steichen was giving Matisse his first exhibition in the United States, in fact his first exhibition outside France. It is interesting to note in relation to later 1960s and 1970s accusations (mainly from artists) that curators were treating exhibitions like artworks that Stieglitz had a rationale that encouraged the development of ‘an idea’, that is, whilst allowing showing artists to develop their own voice he wished them to be part of a collective spirit. As he commented (sounding slightly dictatorial):

It is only in the process of building that the individuals see themselves as sacrificed for the whole. They can impossibly [sic] see the whole until it’s finished. But I do and can see it – that is my advantage.

I like the concept of a magazine as a work of art in itself, not just in what it looks like (though I love that too) but in a merging of thematic concern, content and design, a curated space as I said earlier. It’s not the only approach of course and I’m not saying it’s any more or less valid than any other but I think it was the only one to take with the Abridged and the exhibitions I curate. Eco-system is a much used word in the arts these days but that was what was and is being created. True, it’s a windswept, malignant environment where only the hardy thrive. But we call it home. The first response to the first Abridged email submission call for the first issue we ever received complained about our negativity. A recent one called us psychopaths. We like to think even after all these years we’re doing something right.