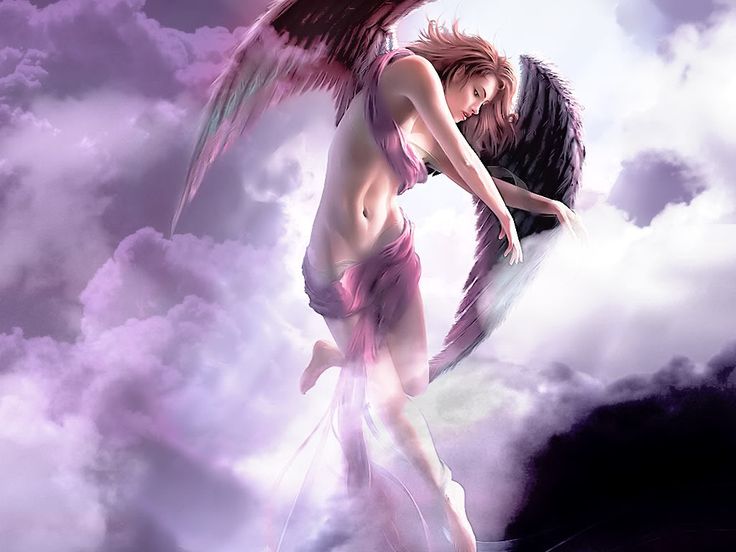 As Abridged readers may know we have termed this era as the ‘Age of Inspiration’, a bit jokingly/quite a bit seriously. Aspiration theoretically at least is a beneficial thing whereas ‘inspiration’ always suggests there is an inside force that you can tap into and will make your life miraculously brilliant whilst achieving everything you ever wanted to without putting much effort in. Maybe there is. Lots of people seem to believe it judging by our Facebook feed of a morning. ‘Inspirational’ poetry written by men always seem to come with beautiful female angels (usually unclothed) attached to it looking wistful or ecstatic in a kind of heavenly soft porn style. Not of course that I know for certain that angels aren’t all female, usually wander about starkers looking like actors from dodgy 1970s adult-movie sites. Maybe they do. At any rate I suspect that these figures are suppose to be the ‘Muse’ translated into contemporary social media-speak. Something maybe (shudder) like this:

The muse in her purest aspect is the feminine part of the male artist, with which he must have intercourse if he is to bring into being a new work. She is the anima to his animus, the yin to his yang, except that, in a reversal of gender roles, she penetrates or inspires him and he gestates and brings forth, from the womb of the mind (https://www.theguardian.com/artanddesign/artblog/2008/jun/02/theroleoftheartistsmuse)

The Muse as inspiration is something that has become entrenched in art history as much as the starving artist and misunderstood genius. It plays to the romanticism that exists to ‘sell’ art through the eulogising of artists. Mostly the Muse is female, young and beautiful and often in past times at least from a lower class than the artist. She is the subject but becomes more than the subject which at the same time as apparently rising her up actually diminishes her. As a ‘subject’ we read (rightly or wrongly) a person’s status, background, demeanour, and tend to judge them on their merits as we perceive them. Of course as has been pointed out our ‘gaze’ is a product of how we think and is as such potentially untrustworthy. As a Muse the sitter is merely an extension of the artist’s persona, doesn’t really exist in themselves and is only read in light of the artist. We just have to google Muse to see many examples of this occurring throughout history. As we said above most of the muses were young women very probably short of money and ripe for abuse by the people that were supposedly immortalising them or portraying them as symbols of purity etc.

Of course the Muse is as mythical as all those inspirational message-poems they accompany. It’s the desire for another world and another state of being. Though nowadays we seem to be convincing ourselves that we’re ‘good’ people rather than doing anything about it. The Muse in a strange inverted way has now become all those ‘Negative’ people with their cynicism who don’t think passion is always enough:

“If you trust in yourself. . .and believe in your dreams. . .and follow your star. . . you’ll still get beaten by people who spent their time working hard and learning things and weren’t so lazy.”  (Terry Pratchett, The Wee Free Men).

Or now you are your own Muse. You can do anything you want. We’re told that often enough. Unfortunately they don’t give us the finances, background or peer group/contacts to do it. And that’s the thing about this Age of the Inspirational, it is very politically conservative in outlook – you can do it, by yourself or a few like minded friends, without help. Background doesn’t matter, where you were born doesn’t matter, what colour skin or what sex or religion you are doesn’t matter.  As if none of these things keep people back.

By definition if you fail then it’s obviously you’re own fault. It doesn’t work like that though. If we’re not a Pop Star there has to be someone else to blame. It has to be someone else’s fault. And we all know who generally gets the blame. Inspiration turns to anger as there are too many stories to be told and not enough people to listen to them. This anger has been the basis of a few recent Abridged issues. Those naked angel images make us shudder, not because we’re particularly religious but just because they’re the equivalent of snake-oil, sold as being beneficial but in reality an empty conservatism ignoring the world as is.

At any rate you can (if you haven’t already) read Abridged at www.abridgedonline.com