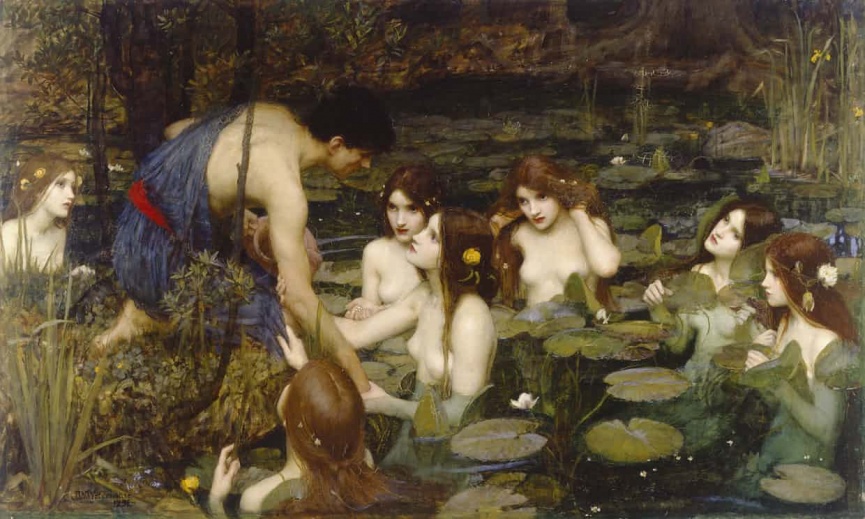 I’m not sure if Manchester Art Gallery (https://www.theguardian.com/artanddesign/2018/jan/31/manchester-art-gallery-removes-waterhouse-naked-nymphs-painting-prompt-conversation)  has created a conversation but it has created a stream of social and ‘mainstream’ media argument, which is maybe what contemporary conversation amounts to these days. When does  removing a Pre-Raphaelite painting (John William Waterhouse’s Hylas and the Nymphs)  and ‘creating’ a ‘conversation’ amount to censorship? I suppose if the painting is not put back up after the conversation however it is defined ends. As a curatorial exercise in response to the #metoo movement I actually think it’s quite an interesting experiment and has got the gallery and the work quite a lot of new interest. Personally I’d be happy never to see another Pre-Raphaelite painting ever but they are nonetheless a significant part of the history of British Art despite displaying their female muses in a sickly poetic manner. What would have been more interesting is if a curator removed every work that could be said not to relate to or depict women in an appropriate manner. So for example if the gallery had them we could remove a million Susanna and the Elders. Titian’s well painted but nonetheless wedding porn could be removed as could that of his imitators. All those painting with Zeus in the form of a swan, a bull or even a shower of gold could be removed  as they usually quite lasciviously depict what is essentially rape. Moving on, Balthus’s painting could be considered quite dodgy and Allen Jones work certainty is. There are just a few that come to mind. Then of course we move to beyond the work. Should we divorce art from the artists?  Hollywood won’t employ what have been considered very good actors because of their off-screen behaviour. Caravaggio was very possibly a murderer so should we stop showing his work? Lots of artists including quite possibly the Pre-Raphaelites took advantage of their often from very poor background ‘muses’. Even poor old Lowry had quite graphic works depicting without her knowledge a young girl he befriended.  Those are just a few from the top of my head.

Society changes. Nobody except perhaps historians and film students watches The Birth of a Nation and it isn’t shown outside of specialised events. Confederate statues all over the Southern States are being removed.  Should we really continue to show art that doesn’t stand up to contemporary views on gender relations? Does age, skill and context save art and artists from the scrutiny that accompanies for instance modern Hollywood? I suppose it also begs the question of what museums are for. Reporting, contextualising and presenting the past – which they have partially and pretty terribly with relation to female and ethnic minority artists – or giving us a past that has been considered ‘canon’ which they have often done despite the canon being terribly flawed in relation to who it contained.

Museums curators (and assorted boards and committees) have always in the last few hundred years decided what we should see so there isn’t actually anything new in removing a painting because it offends contemporary sensibilities. For what it’s worth I think museums and civic galleries have a duty to the present to present the past in all it’s glorious and not so glorious splendour so the Titian’s, the Pre-Raphaelites, the Balthus’s should stay on the walls and be contextualised to high heaven. When I read about the Manchester curator’s action I was first pretty disturbed and I still think it was pretty clumsy. She did however I think help to question the mythos that often surrounds artworks. They aren’t ethereal things divorced from reality. They were often a part of some very nasty world-views and contexts and often made for or owned by some very nasty people.  Is it censorship? Of course it is. Do we have the right to contextualise the past in a way that we do the present is the question to be answered. A whitewashing of the past? Very probably.  As a curatorial act however I have kind of come round to it despite its clumsiness. As I stated above if she had removed every artwork in the building that could be considered inappropriate these days it would have been braver and maybe started a real conversation. If that is possible these days.