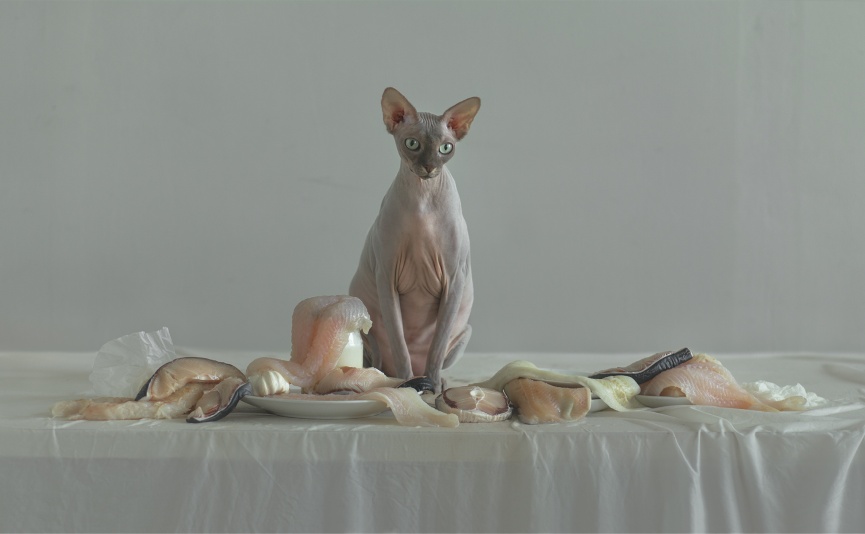 “Our weapon is a holy weapon,’ Archpriest Vsevolod Chaplin, the former spokesman for the Russian Orthodox Church, wrote on Facebook.

“The Kalashnikov rifle is a symbol of the creative genius of our people,” President Vladimir Putin said in a statement read to Kalashnikov at the ceremony in the Central Russian Army Museum.

On his death-bed Mikhail Kalashnikov, inventor of the infamous AK47 assault rifle had a crisis of conscience. It occurred to him that he might possibly be held responsible for the death of millions presumably by God, Karma or whatever grade of heavenly civil servant is manning the pearly gates. It’s been estimated that there are possibly 200 million Kalashnikovs in circulation. One for approximately every thirty-five people. Theoretically he had a lot to answer for.

Creativity as a concept is always seen as a positive thing especially in these ‘inspirational’ times in which we are bombarded with memes urging us to be ‘ourselves’ and be ‘creative’. Kalashnikov himself considered the rifle a positive contribution to his country:

While hospitalized with wounds after a Nazi shell hit his tank in the 1941 battle of Bryansk, Kalashnikov decided to design an automatic rifle combining the best features of the American M1 and the German StG44.

“Blame the Nazi Germans for making me become a gun designer,” said Kalashnikov, frail but sharp at age 87. “I always wanted to construct agriculture machinery.”

Of course, if we invent a gun we know what it’s going to be used for and implicitly accept the consequences. If we invent something as nebulous but far-reaching as the internet it isn’t quite as clear what the consequences are. In a way the internet is a gun and the firing of a gun at one and the same time. Originally it was an attempt to move computing to the ‘front line’ in what ever battles the US were in and were going to be in:

That’s why they designed the internet to run anywhere: because the US military is everywhere. It maintains nearly 800 bases in more than 70 countries around the world. It has hundreds of ships, thousands of warplanes, and tens of thousands of armored vehicles. The reason the internet can work across any device, network, and medium – the reason a smartphone in Sao Paulo can stream a song from a server in Singapore – is because it needed to be as ubiquitous as the American security apparatus that financed its construction.

As is apparent the internet is now used for more than military purposes (though maybe the number of cat videos a person is subjected to is tantamount to torture). However perhaps it shouldn’t be surprised that in an eco-system created for war is often a very hostile environment and maybe internet fatigue is really a subtle variant of battle fatigue. We’ve after all heard of and often experienced the wrath of keyboard warriors.

It’s also interesting how the virtual world bleeds into the ‘real’ one. It’s been argued that a misogynist and racist campaign of vitriol in the gaming community was an early sign of the possibility of the rise of Trump in the US. A ‘canary in the coalmine’ so to speak. Gamergate as it became known saw mainly white young males rally around the flag of opposition to women and minorities in the gaming industry. Women were threatened with rape and murder. One tactic was to threaten gun attacks or bombs at a place where a female gamer was lecturing. Another was to ‘Swat’ their enemies, that is, send a phony call to the authorities saying there is a terrorist situation ongoing at their address at which point the SWAT Teams arrives with guns ready. This has proved fatal.

Eventually the trolls and keyboard warriors would coalesce around the emerging ‘Alt’ Right (on a slight tangent, the next issue is ‘(Alt)er’) and would reminisce about the days when the only females in the video game industry was Lara Croft and other equally big-chested male fantasy figures. This would merge into the Alt Right’s phoney nostalgia in regard to making American white again.

Weirdly though the goal of these trolls and Atl-right types is ‘control’ they in essence want to muddy the water so the concepts of control seems to have completely gone. Can’t get a job? It’s feminism’s fault. Or immigrants. Or somebody. And often a part of it, they blame the ‘establishment’ for political – correction gone mad. The establishment is of course anyone they don’t agree with.

In mudding the waters there is a sense of nihilism rather than the traditional (and of course often very sexist and racist) conservativism of previous generations. If you have control of the narrative you can say what you want and do what you want. We’ve seen in large political events in the UK and USA that veracity is no longer considered sacred. Quite rightly many people would say it never was. The difference is now for large amounts of people it doesn’t matter. The ‘real’ is what they feel, what they believe. It always has been but now there is online a vast amount of people and ‘evidence’ to increase their fear of isolation and being overwhelmed by the ‘other’.

Belief is now more important than fact. As long as we all want to believe something in the end it doesn’t really matter if it’s true. Apparently Donald Trump uses the word ‘believe’ even more than Make America Great Again. You can see his attraction to Evangelicals. It doesn’t matter if he’s a sexist womanizing racist. It’s doesn’t matter about the contradictions. The belief is enough. Context and subtlety bring walls down and for a large constituency in the virtual and real world falling walls signal a lessoning of control and a rising sense of powerlessness. It’s doubtful that Trump even believes a Wall will keep illegal immigrants out but its symbolism is important. It’s important for him though to hark back to a time when (white) people kept their doors unlocked and others knew their place preferable behind metaphorical (and often actual) walls. There’s a nostalgia at the heart of conservatism that is anti-progressive and the online environment is a perfect breeding place for aggressive nostalgia. Trump knows how to feed into and takes advantage of this as do the likes of Putin in Russia. There’s a Kremlin department solely that has the task of internet trolling.

We’ve no idea if those responsible for the development of the Internet wake up in a cold sweat wondering exactly what they’ve done but you wouldn’t blame them if they did.

Abridged is looking for poetry and/or art for its Control issue. You can submit up to four poems on MS Word or similar or pieces of artwork. Artwork should be up to A4 landscaped sized and 300 dpi or above. The deadline is 10th October 2018. Please put your name on submissions. Please note this issue is landscape format. Submissions should be sent to abridged@ymail.com.

This is the first issue in our Leviathan trilogy.

You can see her work at: