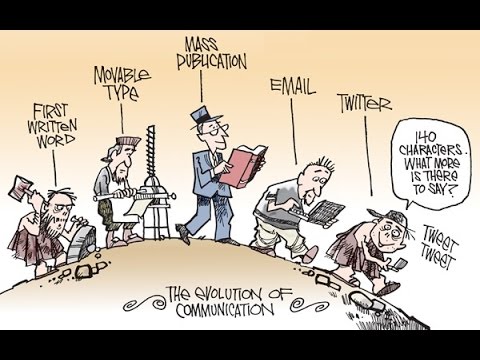 I was asked by a student for her thesis last week how has editing a magazine evolved over the last few decades. Now we might think evolution suggests that things improve over time but really evolution isn’t concerned with the future but very much with ‘here and now’. Birds and other winged critters didn’t develop wings because of future plans but probably as a way to escape very present danger:

‘Evolution has no sense of future; the here and now is the only place where evolution occurs. It is imperative to keep this in mind when considering the origin of flight. Lineages of organisms are not designed for some future purpose; they are changed by opportunities to which they can respond and by the selective processes that their environment imposes on them‘. *

Wings, it is thought, evolved from limbs used for catching prey or leaping into the air to climb trees to escape predators, find shelter and prey. Fortunate for the birds and bats and the like if not for the things that fed on them or on which they fed. Well, until they adapted. Or perished.

So has magazine editing evolved with an eye to the future or have we just responded to present circumstances as best we can? Unlike our feathered fiends we have a vague concept of the future but mostly we respond to circumstance. You can now read the Abridged online because of US Military research that brought about the Internet.

But evolution suggests we gain new skills whilst eventually losing the old ones through infrequency of use. I really can’t remember how to use carbon paper on a type-writer whilst I have developed a (very little) bit of aptitude for website building. But it’s mostly Lego-House building rather than real-house building. You can pretty much build your own website without any software or coding skills. This does in a way level the playing field though it means that we have to stick to templates unless we have the time to develop our own coding skills or have the means to pay someone to do it. And they will very probably use a template also. There is still a slight mystery about websites amongst the general public and some designers still take advantage of it. When I was researching the HUMAN Archive (www.huarchive.co) website I came across people charging £100 per page created. Ironically I couldn’t find anybody local who had Omeka (an archive website programme) skills so had to learn it myself.

So the US Military has facilitated my limited coding skills as I felt I had to have an Abridged online presence. Because everyone else has. Evolution was never designed to destroy the planet of course but the evolving online environment is destroying the ‘real’ (which is getting a harder word to use) world. Often literally. Watching the average cat video requires the same energy that will run two fridges for a year if you include all the elements involved in getting those cute felines online. ** Presumably reading an online magazine will be similar. These facts are so esoteric and far from view that we can’t really add to the guilt we have when we forget to recycle properly. Also the online environment is so coded into our daily existence that we don’t really consider it at all. Picking a Twitter fight with a complete stranger online has bigger consequences than we might imagine.

I am old enough to remember being taught that the paperless office was inevitable and that this would be great for the rain-forests. At that time it wasn’t the Earth that was in danger, just usually the Amazon. But since the Internet has become all pervasive the use of paper has actually increased. *** And we now know what’s in peril these days even if we don’t want to believe it.

Now I get poetry and prose submissions from all over the world which is great. I can send messages and get (theoretically) instant replies from anywhere. All for £30 a month which is probably more than it cost for stamps and an SAE in the old days. That’s the other thing about the internet. It has fooled us that it is really a great value and that we should pay over the odds for it.

Not that I am being a Luddite and suggesting we go back to pen and ink but I think its valuable to be aware that this software led evolution has its costs. An online poem with a valuable message about saving the planet is rarely weighed against the energy use of the structures that make it visible on the Internet. If there’s a crack on the ice walking on the ice and telling us there’s a crack won’t keep the ice from not breaking.

This is basically a very long winded and rambling way of saying, yep, the digital evolution has changed the way I edit. It’s capacity for bringing out the violent side in us has provided a number of our themes for a start and I can now correspond with contributors, designers and printers amongst others much easily. I no longer have to type with one finger on a typewriter whilst trying to find the Tippex. But hopefully I have also become more aware of the adverse effects of the software revolution in the process and there is room to at least question the structures that surround the Internet even if there seems to be little to do about them at the moment. Evolution is great but its only a temporary escape as new threats emerge to challenge your new evolved or updated status.