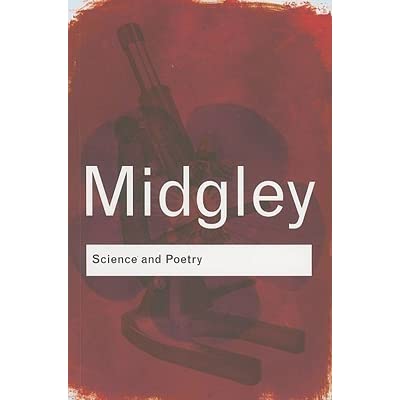 Abridged’s Ecologies project is all about the research, the reading and mulling. For my part, I won’t be writing fully formed prose essays or reviews of what I read along the way. Instead, I hope to share some of my notes, key quotes, take-aways, ponderings and sometimes comparisons. This is behind the scenes of Abridged as we move toward our future. If you are reading this, you have entered a laboratory…

Science and Poetry by Mary Midgely

Midley asks ‘is art a luxury?’ and argues that it cannot be, firstly because images (the primary stuff verbal and visual arts) are essential, inescapable and active in the areas often culturally misunderstood as in opposition to the arts: the sciences. As such she disputes the culturally dominant idea of science as ‘omnicompetent’, deeming arts (and religious experience) excessive and unnecessary. She challenges (and proves cultural, historical) the idea that ‘mind and body are held apart’, explaining with allusion to the ‘sociology of science’ (and its cultural and literary history) that this is not essential but influenced by (and generative of) images, images responding to history and experiences beyond the bounds of science. Her main emphasis is on ‘the tremendous influence of imaginative visions in general and of the atomistic vision in particular [that has come through science into culture], in forming our thought patterns.’ Throughout she cites examples of scientific discourse, highlighting the poetic devices and ‘highly emotive social imagery’ therein, the ‘drama’, that generate and perpetuate certain images: ‘hostile universe’ [cite]. (It is the lack of self-awareness in these discourses that creates a problem; poetry and the arts are essential, in one sense, precisely because they encourage and insist on awareness, are definitively self-aware of their images and constructedness, how images work and make us feel.) As Midgley suggests, poetry supplies ‘the language in which our imaginative visions are more immediately articulated’. (‘Poetry’, ‘constructed images’ in a wider sense, is everywhere, but in many places lacks an active and aware ‘reader’; here, we feel its effects without understanding where they came from, and are therefore out of control, vulnerable, passive (such is the impact of rhetoric, advertising…)). That a dualism of science vs art has come to dominate popular thought is not unrelated to increasing ‘academic specialisation’ (which arguably refracts into purism within artistic disciplines); there has been a blinkering, a problem wherein disciplines have become narrower and narrower, not seeing themselves in the context of others, as balanced by them. Rather, as science has been revered as the most important knowledge discipline in our secular culture, artistic disciplines (criticism and history) have felt the need to present themselves as more ‘scientific’. (‘Problems are not private property’ of one discipline, she argues. There is a danger of ‘tribal narrowness’ in many disciplines.) (Though I believe there have been improvements in interdisciplinary awareness in recent years.) Science (vitally important though it is, Midgley never questions that) takes a ‘third person’ perspective which will never be able to ‘explain’ (illuminate, deepen our understanding of) the experience of being, our ‘first person’ experience as ‘conscious’ beings. (She goes on to give a lot of attention to the problem of consciousness.) It is poetry and the arts that attend to the first person perspective, to subjectivity, that can deepen our understanding of this, our ‘self-knowledge’. Failure to know ourselves is a ‘moral fault’, she says. (That is, it is only through self-knowledge that empathy can be developed, with other people, other creatures and the environment itself). ‘In conceptual emergencies like this what we have to attend to is the nature of our imaginative visions – the world-pictures by which we live’. Here, Midgley (writing twenty years ago) is referring to the growing climate crisis; of course now, it also applies not only to the new enormity of the environmental crisis, but also the ongoing pandemic and systemic racism crises we are increasingly aware of.  A ‘myth’ is not a lie but an imaginative vision we live by, whether or not we are aware of it. Midgley cites an idea of the ‘evolutionary epic’ as one of our greatest ‘myths’ in this sense; far from disputing the truth of evolution, its ‘reality’, Midgely here draws attention to how it is also an image, a story which refracts into how we think about ourselves, the development of our cultural images. The idea of myths as falsehoods to be dismissed rather than images and stories that can deepen our understanding of ourselves and our communities causes major imaginative problems. Midgley also mentions in passing that the business of poets is ‘not just celebration but denouncement’. Poetry needn’t always be ‘nice’ and comforting, in fact it mustn’t; rather it is a vital medium for critical engagement with our world and the images that dominate our culture, and with processes of image making that architect our existence.